This Is Vintage Now Vol. 2: Interview With David Gasten - "Mad Men" Meets "Dark Side Of The Moon" 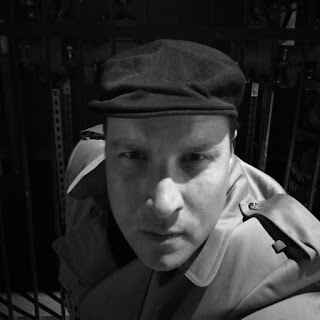 Last September, we interviewed producer David Gasten, one of our customers who is becoming a key figure in the Vintage music scene.  At the time, he was producing a compilation of Vintage artists entitled This is Vintage Now Vol. 2: Happiness is a Way of Life. Gasten successfully released This is Vintage Now Vol. 2 on August 1 of this year on his own Swing City Productions label. David has returned to talk about the new album, and how he accidentally created a record that is, as he says, "Mad Men meets Dark Side of the Moon."


David, congratulations on the release of This is Vintage Now Vol. 2!

Thanks! I sure appreciate it. It’s good to finally have it out.

Remind our readers again as to what This is Vintage Now Vol. 2 is. 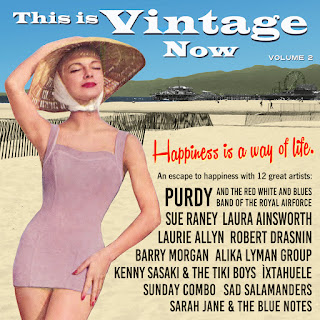 This is Vintage Now Vol. 2 is a compilation album that collects together current artists who do the sounds of the 1950s and 1960s really well.  I pick the very best tracks that I can find from artists who do a great job of reviving the atmosphere of those times, and assemble them into album collections that are meant to be enjoyable on their own merit. I take special care in the sequencing to make sure that the songs transition well from one to the next, and I have the albums mastered to create a warm and cozy sound like you’d hear on vinyl or on a 1990s audiophile record.

We have three legacy artists on the album in Robert Drasnin (The Man From U.N.C.L.E., Mannix), Capitol Records veteran Sue Raney, and Mode Records artist Laurie Allyn. We also have fantastic current groups such as Swedish exotica group Ìxtahuele and the Dutch one man band Sunday Combo.

You say that this album is like "Mad Men meets Dark Side of the Moon."  What do you mean by that?

With the Mad Men part, well, that’s pretty self-explanatory.  The album really does have the mid-century class and style that we think of when we think of the Mad Men television series.  With Dark Side of the Moon, well, I didn’t know my own powers, and accidentally made an album that is a musical opiate. The way I sequenced the tracks was intended to put the listener into a trance, where they could just get lost in their thoughts. Then we added the hi-fi mastering to that. I spent three and a half months with my engineer Bill Metoyer just on the mastering. We worked on kneading out every last bit of overly bright treble or bass, and also worked on bringing out the warmth in the tracks.  The warm, cozy mastering, combined with the trance-inducing track list, turned into an album that sneaks up on you, and has you feeling very, well, “Comfortably Numb” before you know what hit you. So if you want an album that will help you relax, this is the record for you.  Just make sure that you listen to it all the way through to get the full effect.

You came into Copymat several times while you were working on This is Vintage Now Vol. 2.  How were we able to help you with the project?

I’ve made a point to come in to Copymat when I’ve had to print and scan legal documents dealing with gaining permission to use the tracks on the album. I also received some excellent feedback from Copymat owner Bob Gerholdt on the color correction for the album cover art. The album art looks balanced and good the eye specifically for that reason, and we credited Bob for that in the album credits. The staff at Copymat has been very helpful and friendly, almost as though I were at a small hometown print shop.

Right now the album is only available as an MP3 download and on streaming. Do you have plans to release it on vinyl or CD? 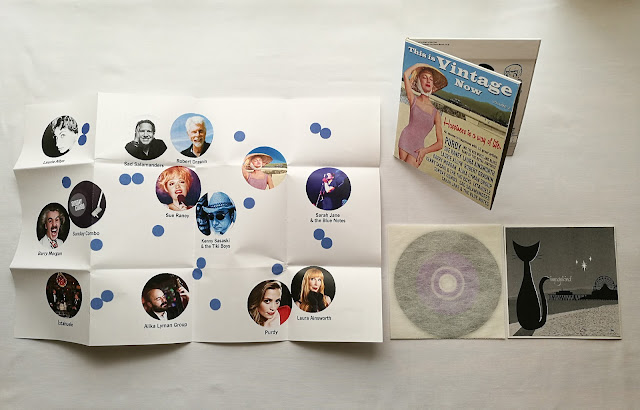 With vinyl, I’m not sure yet, but I did build the track list so that it would work as a vinyl release. I think the record would be a great fit for vinyl-only record shops.  We are planning to release the album on CD, but only in Japan.  We are currently pursuing some opportunities to release the album as a deluxe mini-LP CD over there.  Japan still loves CD’s and they have more of a collector’s mindset where they love to buy physical items with really nice packaging. So we’re going to really go over the top for them and give them a gatefold package that looks like a baby LP set. The set will have a CD that looks like a little LP, a fold-out poster, and a Japanese-language booklet with info on the artists. The album will also feature artwork from mid-century artists like Sam Gambino and Donna Mibus.  America hates CD’s, Japan loves them, so we are just doing what the demand tells us to do.

Where can we get This is Vintage Now Vol. 2?

There are two versions of This is Vintage Now Vol. 2 on digital, a twelve-song version and a thirteen-song version. The twelve song version you can buy at CDBaby and iTunes, and can stream on Spotify. The thirteen-song version features an exclusive track by Sue Raney that is not available anywhere else, entitled “Something Cool”. This song was originally June Christy’s signature song, and it’s just astounding how Sue makes the song her own, to the point that you would never know that it was by another singer.  The extra song really brings this record to a satisfying close.  You can only get the thirteen-song version of This is Vintage Now Vol. 2 at thisisvintagenow.com/store. And you can read more about the album and its artists at thisisvintagenow.com.

In addition to releasing This is Vintage Now Vol. 2, David Gasten has also launched a project on his Instagram page called the "Hollywood Noir Adventures".  This is a set of photo series where David dresses up in a trench coat and takes film noir-style photos of Hollywood and the Hollywood Walk of Fame at night. We will interview David in a couple of weeks about this new project, and about his passion for preserving the Hollywood Walk of Fame and reviving the class of old Hollywood.  Watch for this interview here in the Copymat Hollywood blog!
Posted by copymathollywood at 5:28 PM