Is Hollywood's Amoeba Records Closing Or Not?

The entire world erupted in disbelief when news came out that the treasured record store Amoeba Music might be closing down in the near future. Could it be true? Is Amoeba Muisc going to be gone forever? Let's get down to the bottom of these swirling rumors that our beloved Los Angeles staple will disappear. 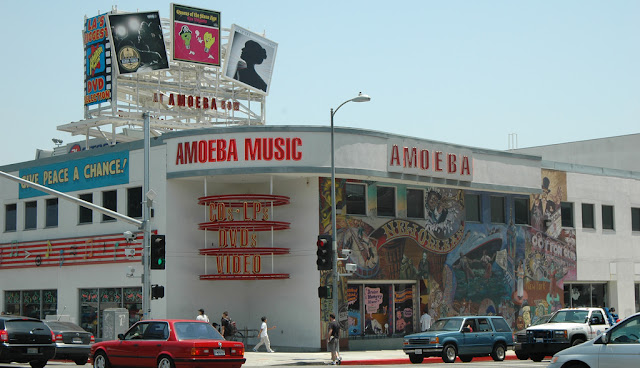 The owners of the Amoeba Music building sold their property to GPI. LAist & others reported that developers planned to create a 20-story luxury tower. However, LA Times reports seem to tell a slightly different story. They claim that GPI managing partner Cliff Goldstein said:

“We intend to make an application to redevelop the property. At the same time, we're talking to Amoeba and have a great relationship with them. We're talking to them about a longer-term commitment to remain. We're open to those discussions, and we're having those preliminary discussions with them.”

Looking at all sources carefully, the truth seems to be that the property was sold to new owners & Amoeba Music will have to negotiate a deal if they want to stay in the future.


What Has Amoeba Said?

Amoeba Music posted this statement to some social media platforms: 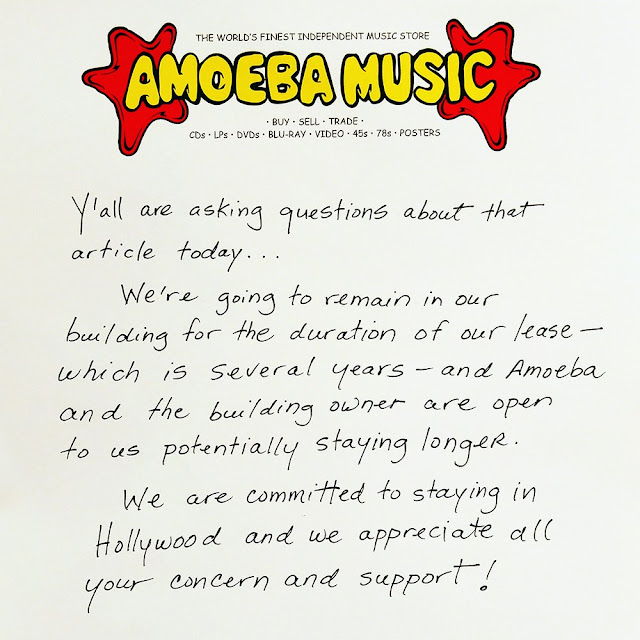 Is a corporate wrecking ball coming to destroy Amoeba Music forever? Well, no. Amoeba boasts store-front ownership in Berkley & San Francisco, not just Hollywood. We wish their brand & company much success. However, will Amoeba Music be staying in Hollywood? For now, yes. But it's future is certainly under negotiation.

Posted by copymathollywood at 1:11 PM